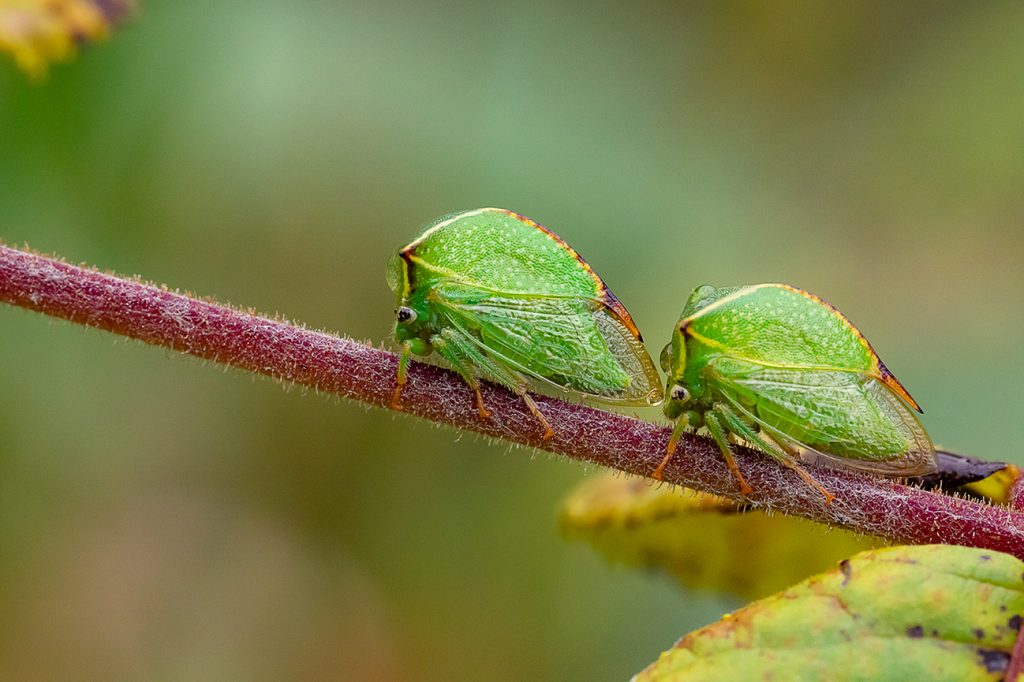 Although Iowa, like everywhere else, has suffered from a depletion of wildlife species due to habitat loss and pesticides, there is still a lot to see. My brother lives just outside the small town of Fairfield which is surrounded by farming country…mainly corn and soybeans. His house is in an area of undisturbed prairie with a small lake and a pond so is particularly species rich. I was there this August and felt inspired to take macro shots of insects after a break of three years.

I had been expecting to spend some time in Chicago so when deciding which gear to take, I chose a range of lenses for my Canon 5D Mark IV that included a 16-35mm and 24-105mm for architecture/landscape, a fast 50mm for low light and my default 100mm macro. I also took my 580ex flash and a lightweight travel tripod. Unfortunately, I didn’t take my macro twin-flash and white light diffusing umbrella – pretty well essential for outdoor macro photography. 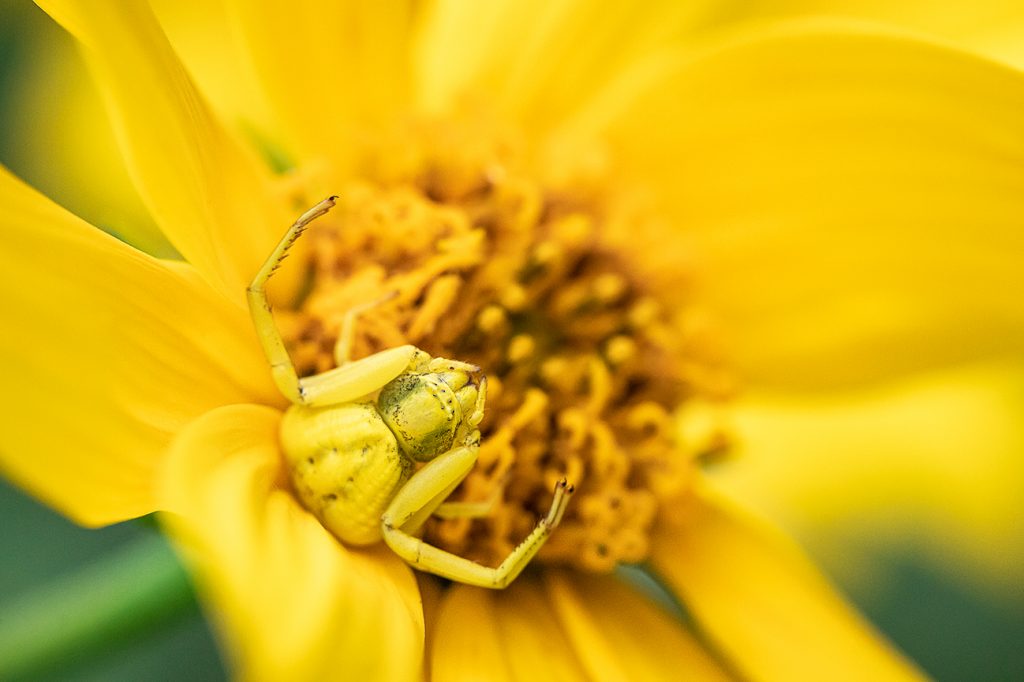 Undeterred, I immersed myself in the meadows and tried to make the best of it. An additional problem was the prevalence of a particularly nasty creature, the chigger, which causes very painful bites which take longer to heal than those of mosquitoes. They either make contact when you brush past them in the grass or land on you from trees above. The temperature was in the 30’s but I had to keep myself covered up and avoided venturing into the long grass…where most of my subjects are to be found! 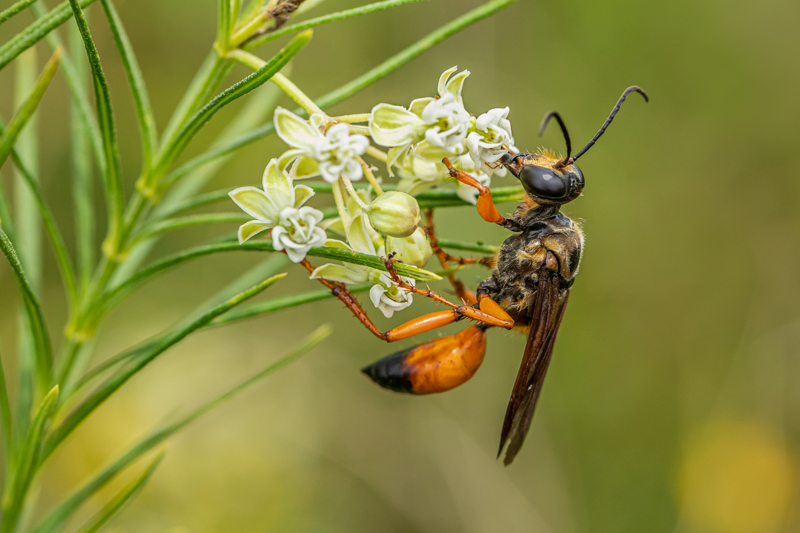 As I had no diffuser material, I tried to only take shots when the sky was bright but overcast or else, I waited for the sun to go behind a cloud. Once, In desperation, I took my white top off and used that – there was no one around! However, I couldn’t make up for the lack of a flash and had to use high ISO settings resulting in lower quality images. It was harder to get detail in the shadows and achieve the punch you can get with a burst of fill-flash and I couldn’t freeze movement by using flash as the only light source. 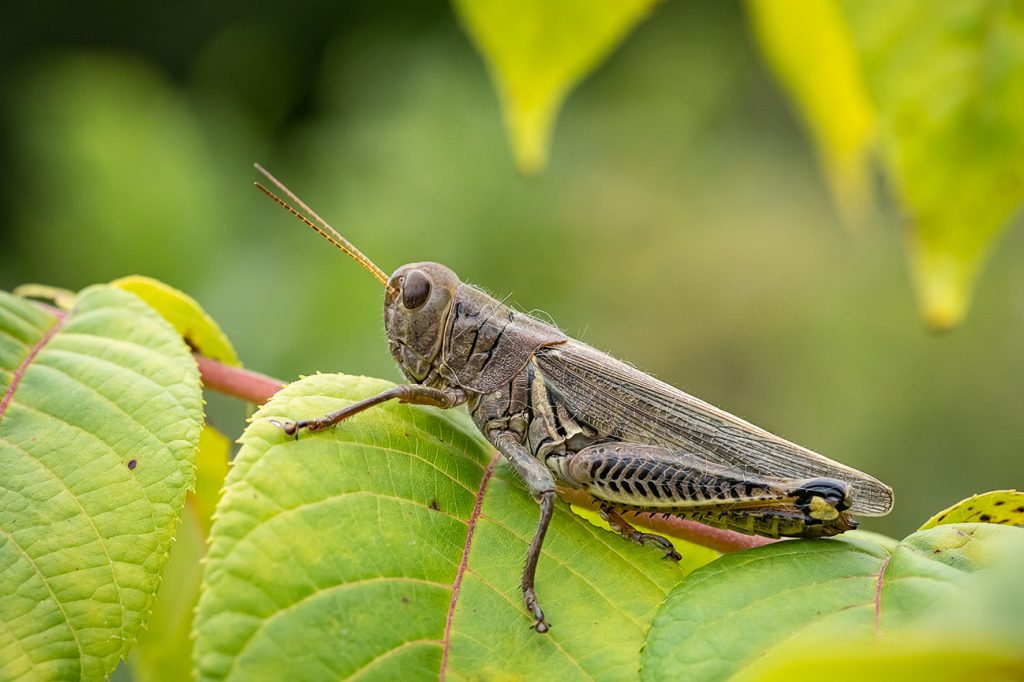 Even with all the difficulties, I had the most amazing time, lost in the natural world where I could distract myself from the appalling news of the Amazon rainforest burning. I became thoroughly absorbed in the view through my lens, fascinated by surprising, unexpected things happening on a miniature scale in front of me. 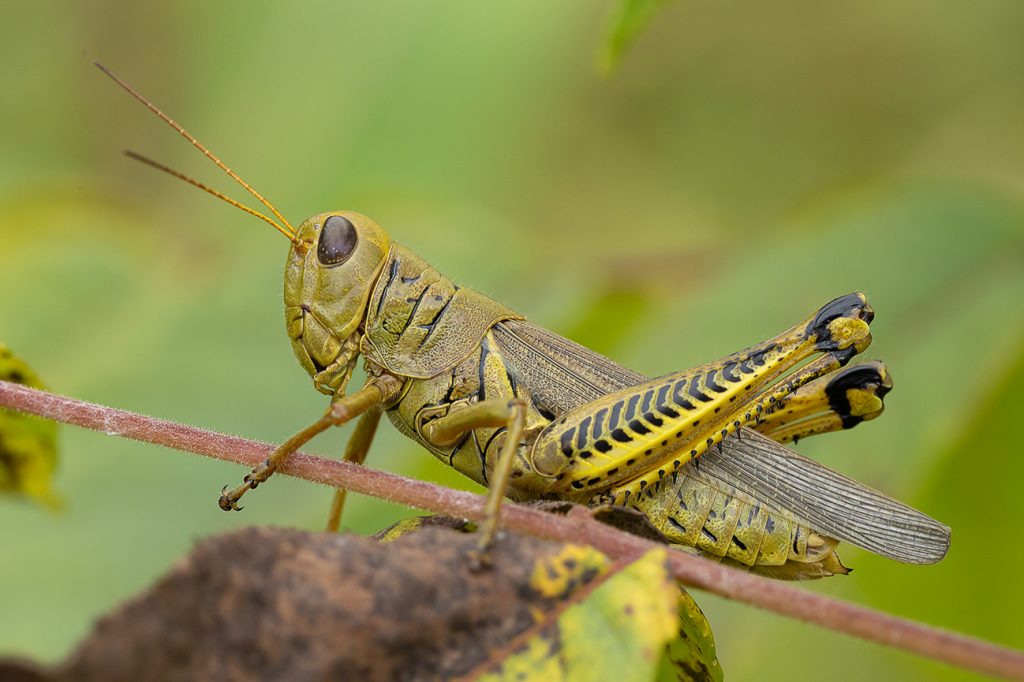 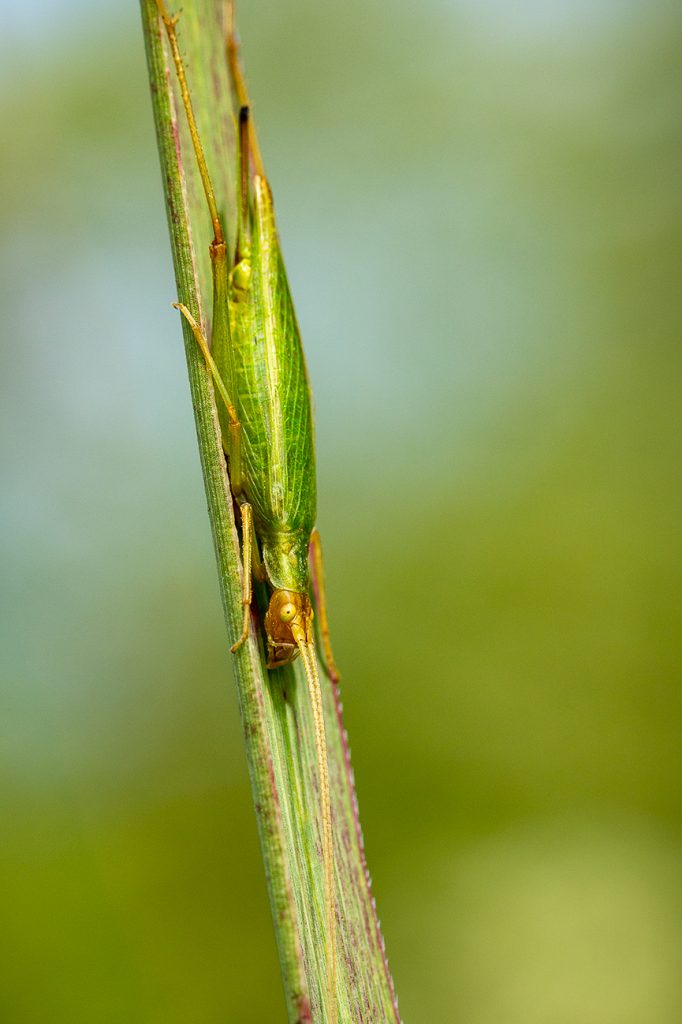