This is a very small insect, 6-9 mm in length, with the female being considerably larger than the darker-coloured male. It isn’t an insect I go out specifically looking for but one which I might photograph if I come across them. I was lying down in long grass near the Blaen y Glyn waterfalls near Talybont in the Brecon Beacons National Park when I saw lots of them in a small area. They were extremely flighty and difficult to photograph so I was pleased to find one that didn’t seem to move like the others. 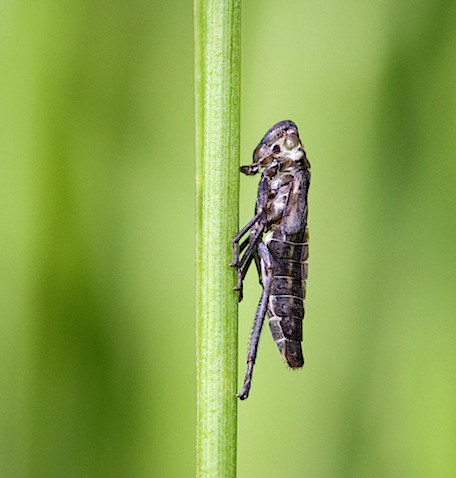 It only became apparent after taking a few shots that I had in fact photographed an exuvium which is the cast exoskeleton left after the insect larva has moulted. You may think this rather unobservant of me but these creatures are so small that I couldn’t see any difference, not even when looking through the lens. Usually, I mount the camera on a tripod, use Live View and enlarge the subject x 10 for precision focussing but as I was on the ground using my elbows as supports, that wasn’t possible. 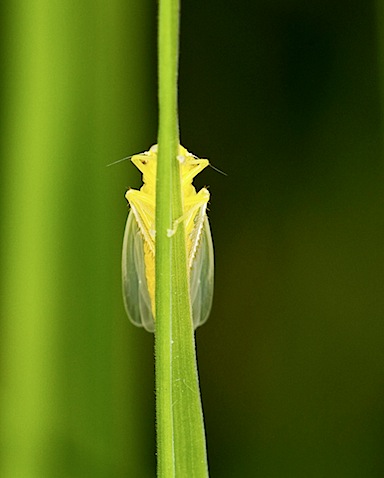 This is a recently emerged nymph which is yellow with white wings. 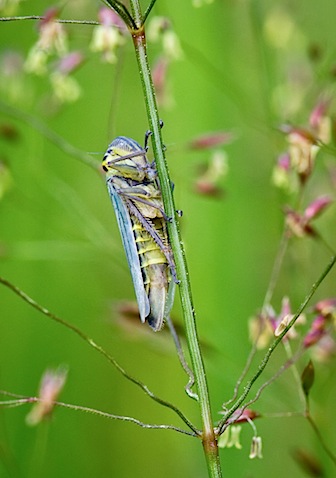 Finally, a tiny colourful adult that stayed still long enough for me to get a shot.