Digital image capture has extended the scope of image making by enabling the photographer, unhampered by the prohibitive cost of film, to adopt a much more experimental way of working. A new world of possibilities has opened up by using the camera in a way that may seem perverse as for years, the industry has prided itself on the achievement of super-sharp, crisply focused images. 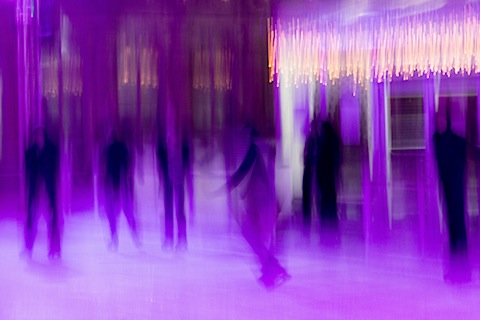 ICM or Intentional Camera Movement, whereby the camera is moved in some way whilst the shutter is open, introduces elements of chance and random effects to the resulting images. The shutter speed is slower than for most photography, resulting in blurred images imbued with energy and feeling in the manner of Impressionism and Expressionism in painting. There is concern with the spiritual, the unconscious and the responses and states of the mind, emotional and psychological, rather than an interest in imitative replication of physical appearance. Unnatural colours, heightened depictions of light, shadow and line and incongruous or surreal juxtaposition of objects help depict the artist’s reaction to the world. 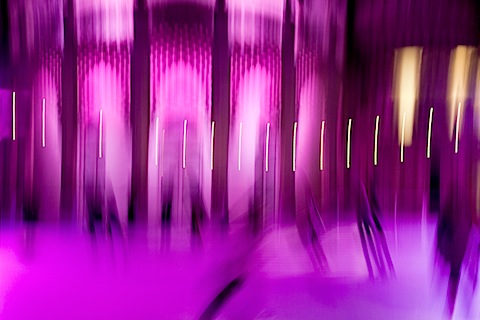 The first perception of photography was as a means to accurately record reality, as if the photograph was in some way a copy of reality. Beginning in the 19th century, painters freed from commissions to paint family portraits and other representational type pictures could develop more abstract imagery. Now, through the development of digital technology, the opportunity for the photographer to experiment has dramatically widened. 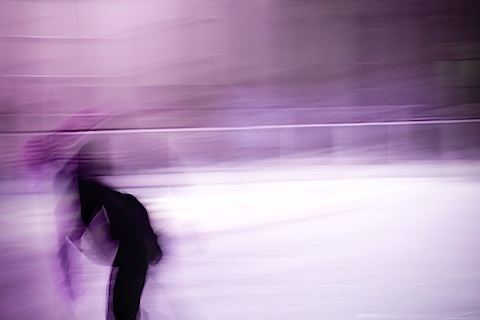 I took these photographs at the Ice Rink in the grounds of Brighton’s Royal Pavilion. There is an immediacy to the creation of images made using this technique which I find preferable to that of brushing paint on a surface. You are making pictures ‘in the moment’, in the midst of the action, affected by the weather and the elements and whatever is occurring around you. The images have had minimal post-processing editing. 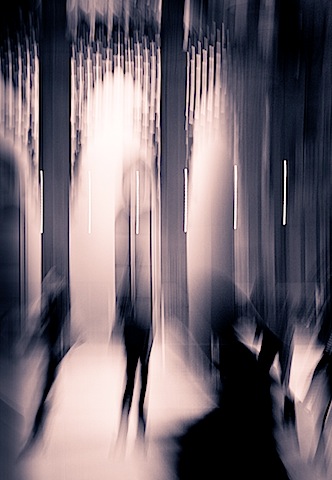