What is muck diving?

Diving in muck? Well yes but no, not exactly. The term “muck” diving actually takes its name from the sediment that lies on the bottom of many dive sites.

The term was first used back in the 1980’s after a group of divers, so the story goes, jumped off a boat into a shallow inlet area that hadn’t been dived before. By chance, in the less than ideal environment of silty, murky water, they discovered an exciting world of bizarre and fascinating creatures. 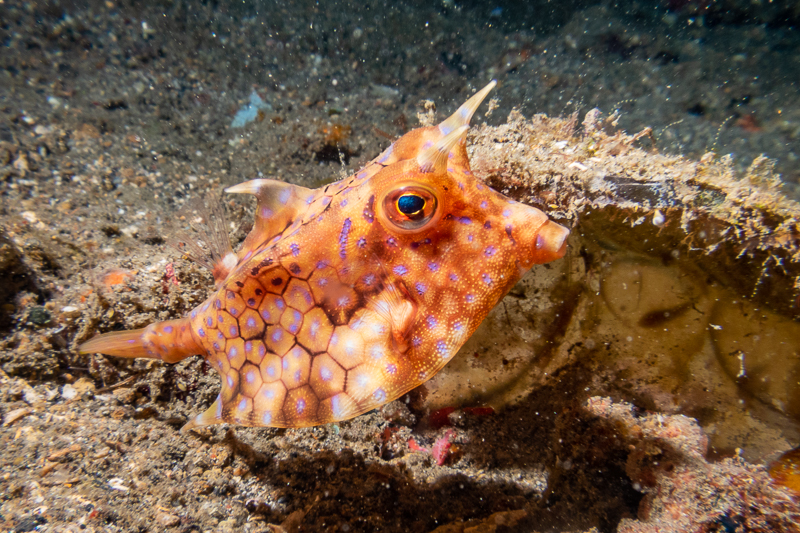 Muck diving describes sites that are not attractive to the eye, have minimal coral cover and are made up of sand, rubble and coral patches. The truest muck sites also tend to be those which feature a lot of rotting tree trunks and other vegetation as well as man made rubbish, much of which has been adapted by the creatures into shelters. In these less than ideal conditions there exist some of the world’s most extraordinary, incredible creatures many of which are unknown to science.

A Coconut octopus at home in an old tin can. 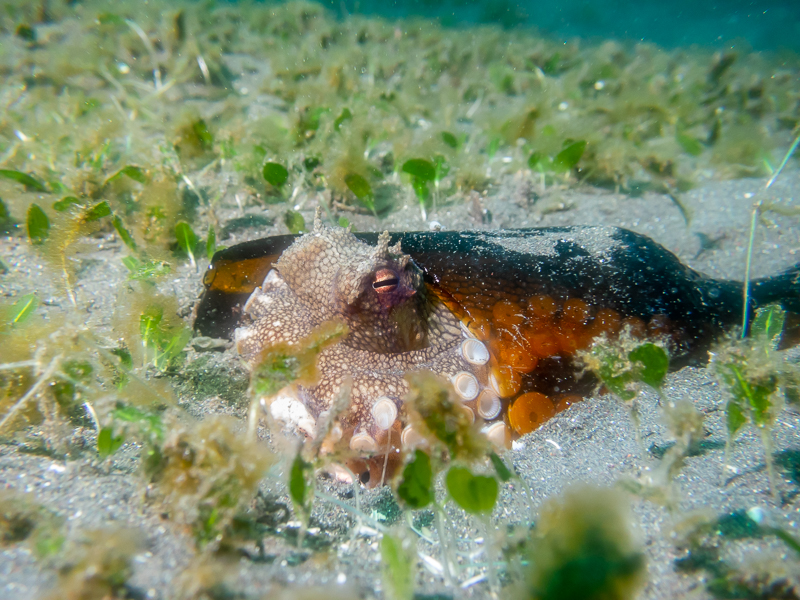 This octopus has found a bottle to hang out in. 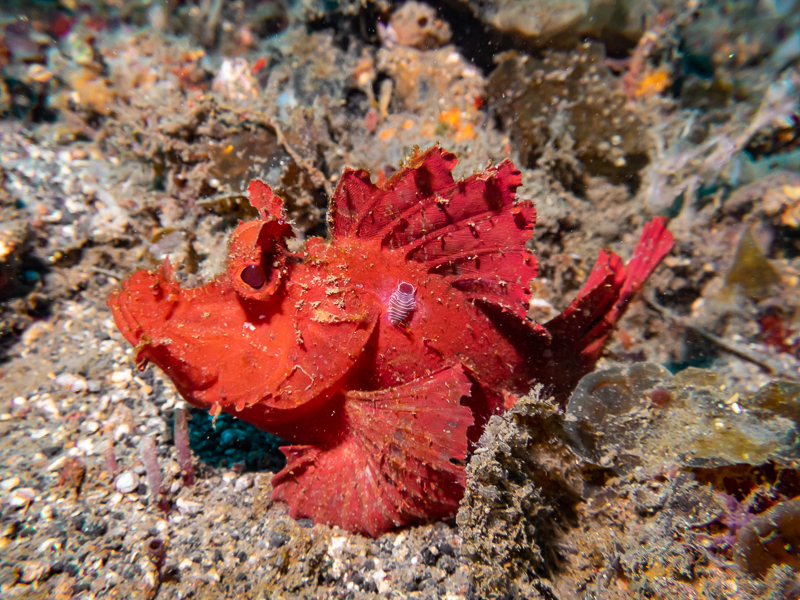 Countries such as Indonesia and Papua New Guinea are particularly good for muck diving. Why should this be so and why is this unlikely environment home to such creatures? The black sand of volcanic lava and ash found here is a mineral-rich source of reef regeneration. It also provides extreme and testing conditions that force animals to adapt or die, hence the proliferation of unusual and endemic creatures. 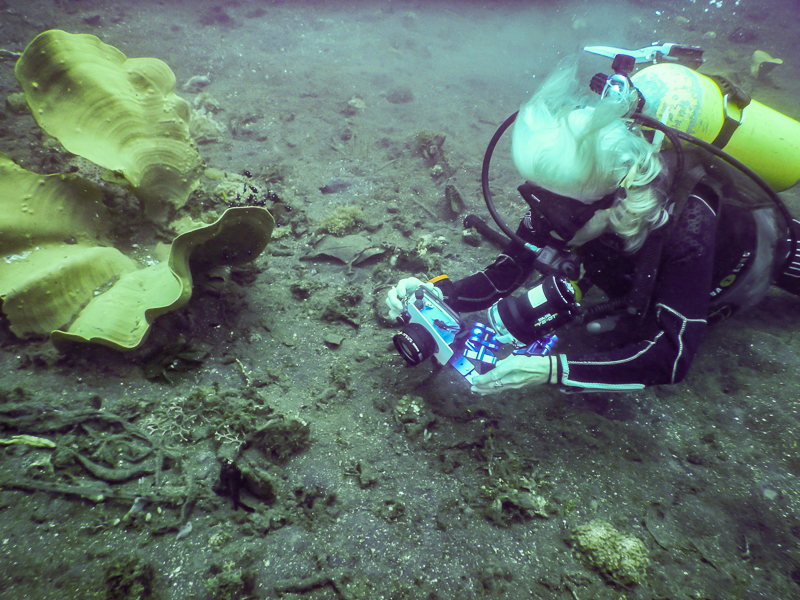 Muck diving means getting down low, scouring the floor, your nose inches from the sea-bed but trying not to land on it. In such circumstances visibility, or lack of it, becomes almost irrelevant.

In this photo, I’m taking shots of two different Hairy Frogfish though perhaps you’re finding it difficult to spot them. The shot below is the one I was taking. The frogfish in front is a pinkish colour and the black one is behind it. 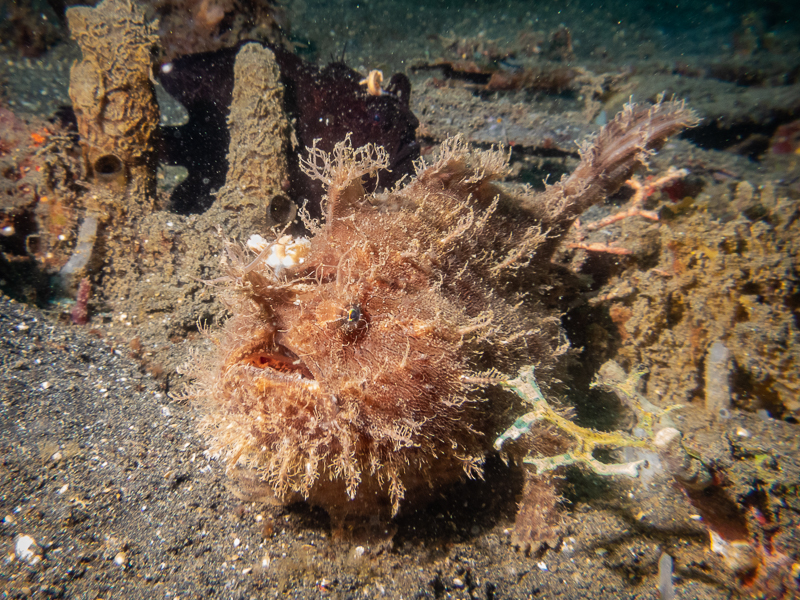 Muck diving is not the same as macro diving. There is a degree of crossover but it is just one of a number of macro dive environments. Frogfish, octopus and seahorses are regularly spotted at good macro sites but in dark, silty conditions you are more likely to see snake eels, Pegasus sea moths, stargazers and flamboyant cuttlefish.

The first muck dive I ever did was in a remote part of The Philippines at Sogod Bay, Southern Leyte. The dive site, maximum depth eight metres, was beneath the concrete pier in the small town of Padre Burgos. It was a night dive, which is a surreal experience in itself but the weather conditions made it even more so.

Suddenly, people arrived as if from nowhere in the back of open trucks in full dive kit. Soon, the pier of this quiet little town was swarming with groups of divers. It was raining hard and the water was choppy. In the darkness it seemed counter-intuitive to be getting into the water but once below the surface, I was enthralled. There was a lot of dirt, a lot of litter and a lot of life! 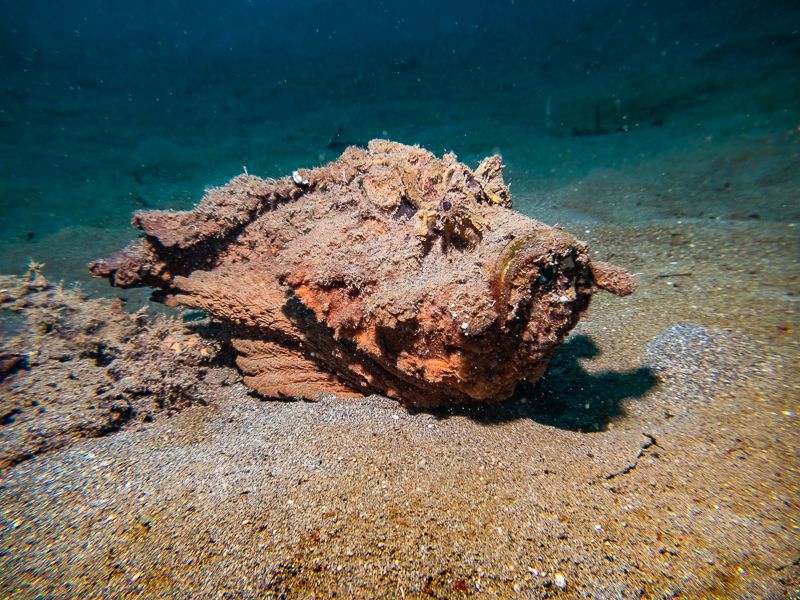 This stonefish astonished me by moving across the sea bed looking like an old leather boot until I got up close to it. I’m not used to seeing them move at all! 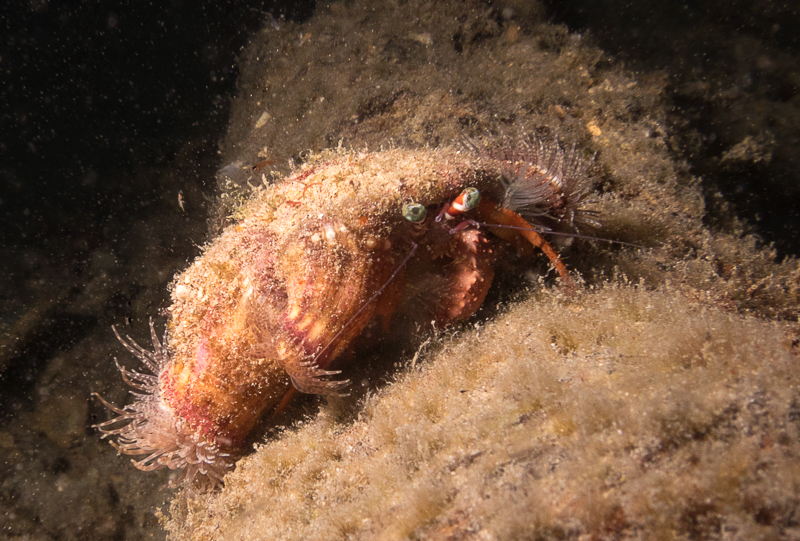 Decorator crabs are fascinating and quite comical creatures that use all sorts of weird and wonderful disguises. Some wear ‘hats’ of jellyfish or sponges, others like this one, bedeck themselves with  anemones. 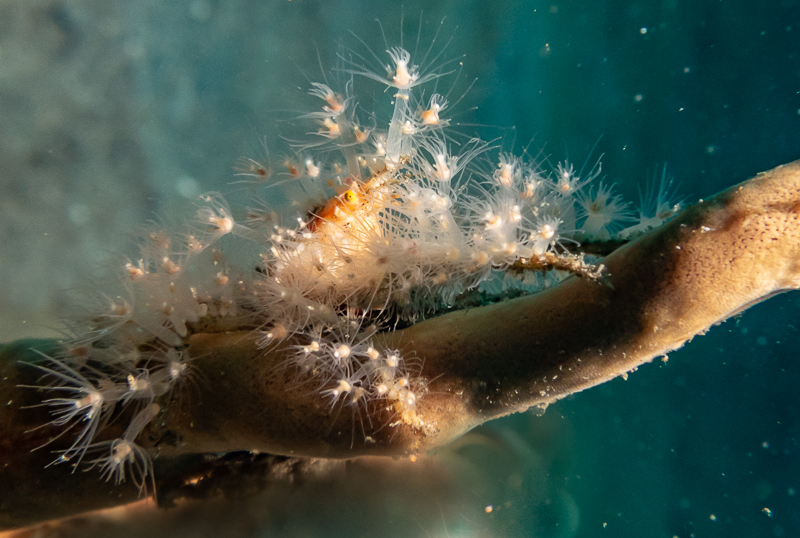 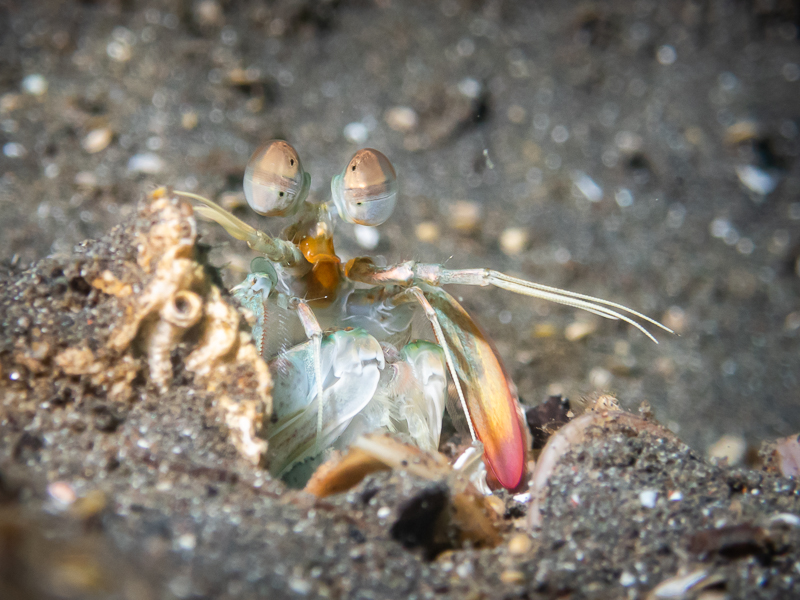 Muck diving is exciting and compulsive. Searching for some of the planet’s most bizarre and fascinating creatures, my sense of wonder growing with each amazing new discovery, I’m spurred on to dive over and over again to find more.